Three In A Row

The reading bug has gotten into me lately and I like this kind of addiction where I could not sleep without reading.

Here are the recent books I’ve read and I found one that is quite interesting – Being Miss Nobody.

Being Miss Nobody by Tamsin Winter

Rosalind hates her new secondary school. She’s the weird girl who doesn’t talk. The Mute-ant. And it’s easy to pick on someone who can’t fight back. So Rosalind starts a blog – Miss Nobody; a place to speak up, a place where she has a voice. But there’s a problem… Is Miss Nobody becoming a bully herself? 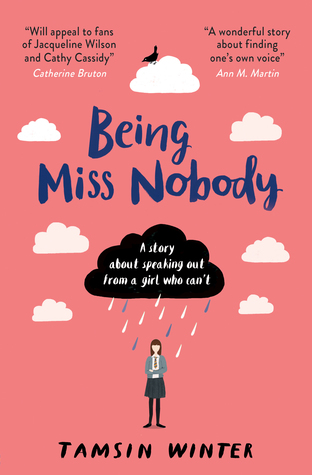 Rosalind has a condition where she can’t utter a word whenever she is with more than four  people around her. She’s being bullied at school and the only way that she can fight back is through writing about the bullies on her blog.

I won’t say I can relate to the main character of the book because I really can’t. I don’t have her condition. But I can mirror some of me in her. I guess, most of us on blogosphere will do. Just like her, we all write when we can’t talk. When we feel no one will listen. We write because it empowers us when in real life, we feel so powerless.

It was a refreshing and easy read but it could be quite depressing at some point. It reminded me of the old days (because I am already old ha ha) when I was too shy to speak, even to ask for ketchup when ordering in a fast food chain.

1955. Two young couples move to the uninhabited, isolated fjord of Hedinsfjörður. Their stay ends abruptly when one of the women meets her death in mysterious circumstances. The case is never solved. Fifty years later an old photograph comes to light, and it becomes clear that the couples may not have been alone on the fjord after all…

In nearby Siglufjörður, young policeman Ari Thór tries to piece together what really happened that fateful night, in a town where no one wants to know, where secrets are a way of life. He’s assisted by Ísrún, a news reporter in Reykjavik, who is investigating an increasingly chilling case of her own. Things take a sinister turn when a child goes missing in broad daylight. With a stalker on the loose, and the town of Siglufjörður in quarantine, the past might just come back to haunt them. 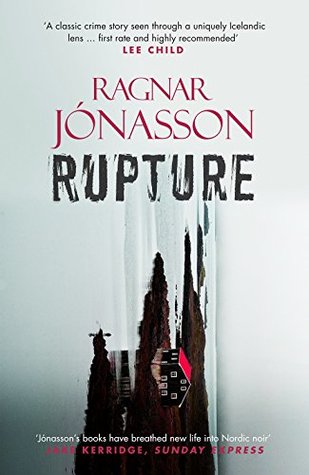 I am not really a big fan of crime fiction but from time to time, I randomly  pick up a book or two because they surprise me. But well, this one did not.

This book is rated quite well on goodreads and was dubbed as ‘Greatest Icelandic Noir’ but I really didn’t like it.

I found it too slow and I felt that two thirds of the book was spent introducing so many characters and I felt there were too many main characters that I got confused as to which story is the novel about actually.

I also felt that each character has an exaggerated backstory.

I’m not sure if I just don’t know how crime fiction works and maybe because I haven’t read the whole series that’s why I did not enjoy it.

‘A narrative particle accelerator that zooms between Wild Turkey Whiskey and Bob Dylan, unicorn skulls and voracious librarians, John Coltrane and Lord Jim. Science fiction, detective story and post-modern manifesto all rolled into one rip-roaring novel, Hard-Boiled Wonderland and the End of the World is the tour de force that expanded Haruki Murakami’s international following. Tracking one man’s descent into the Kafkaesque underworld of contemporary Tokyo, Murakami unites East and West, tragedy and farce, compassion and detachment, slang and philosophy.’ 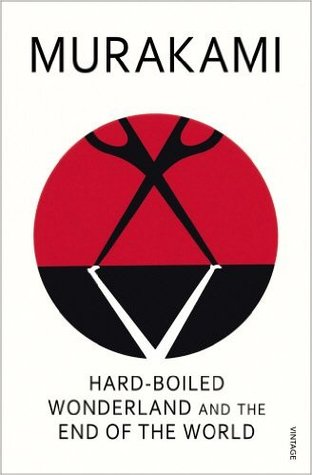 I’ve been reading Murakami’s novels and this is by far the most complex one for me and as usual, once you’ve finished reading his books, you will have more questions than answers. It’s not like reading any other books that once you’ve finished, the chapter is closed and you move on with the beautiful memories of the story. Murakami is like always leaving an open ended question at the end of his books and you have to be ready for an essay writing exam.

I thought about rain myself. A mist so fine, it almost wasn’t rain. Falling, ever fair, ever equal, it gradually covered my consciousness in a filmy, colorless curtain.

Fairness is a concept that holds only in limited situations. Yet we want the concept to extend to everything, in and out of phase. From snails to hardware stores to married life. Maybe no one finds it, or even misses it, but fairness is like love. What is given has nothing to do with what we seek.

Just now, you spoke of the Town’s perfection. Sure, the people here – the Gatekeeper aside – don’t hurt anyone. No one hurts each other, no one has wants. All are contented and at peace. Why is that? It’s because they have no mind.

First, about the mind. You tell me there is no fighting or hatred or desire in the Town. That is a beautiful dream, and I do want your happiness. but the absence of fighting or hatred or desire also means the opposites do not exist either. No joy, no communion, no love. Only where there is disillusionment and depression and sorrow does  happiness arise; without the despair of loss, there is no hope.