It’s been a while since I last wrote something for a weekly / themed post. I usually browse through the topic and just ignore it. But this topic is something I can’t and would never ignore. Favorite Anime (saying this with sparkling starry eyes…). Thank you Jake. This is a wonderful Sunday Post Theme.

My favorite anime is One Piece. I am currently watching the 190th episode, out of 610 – LOL.

One Piece is a story of the adventure of the Straw Hat Pirates led by Monkey D. Luffy. His dream is to become the Pirate King someday and reach the end of Grand Line – One Piece. He has the power of the devil fruit called Gomu Gomu – to simplify it, he is a Rubber Man. He can stretch out his body. Guns, cannons and lightning won’t affect him. 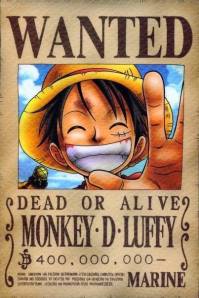 The first crew to join his adventure was Zoro, the swordsman. He was a known Bounty Hunter using three swords to defeat pirates with huge bounties – but that was before he became a pirate. His dream is to be the Greatest Swordsman. 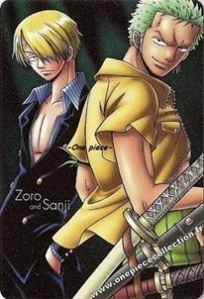 The next crew that joined the Straw Hats is Nami. She used to be a thief, stealing gold from pirates. She is the Navigator of the Straw Hats.

Usopp is the Sniper of the team. They met him during their stop over on an island where they rescued a weak yet rich young lady from the hands of the Pirate who pretended to be her care taker. Returning the kindness of the Straw Hats, she gave them the Pirate Ship called Going Merry.

They then met Sanji in the middle of the ocean. He is a Chef and he works for Barati – the floating restaurant. His dream is to see the legendary All Blue where all the oceans meet – North Blue, South Blue, East Blue and West Blue – the Chef’s Paradise.

When Nami got sick during their journey, they went to the Drum Island to seek for medical assistance where they found Tony Tony Chopper. He is a human/ reindeer who ate a devil fruit which allows him to change his appearance depending on the situation. He is a skilled doctor trained by Doctor Kureha.

Nico Robin was known as Miss All Sunday when she was still a part of Baroque Works, a group led by the pirate Crocodile. She joined the Straw Hats after Luffy saved her life and became the team’s Archaeologist. Her dream is to find the Rio Poneglyph which tells the Real History. She also ate the devil fruit which allows her to replicate and sprout certain parts of her body.

As I said, I am not even half of the series so I won’t be able to tell much yet. I have a lot more episodes to watch hehe.

I will start collecting One Piece toys as I have just recently seen a store where I can buy all the stuff. To start off, I bought a Straw Hat Necklace….hihihi 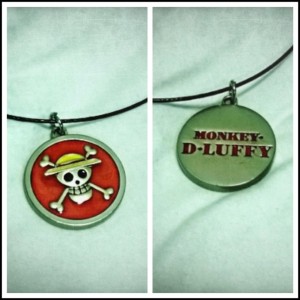 Thanks for reading Nakamas! Yosh!

Credits to the owners of the photos posted. 🙂